Dragon Age and Why It Sucks to Play Cult Favorite Games 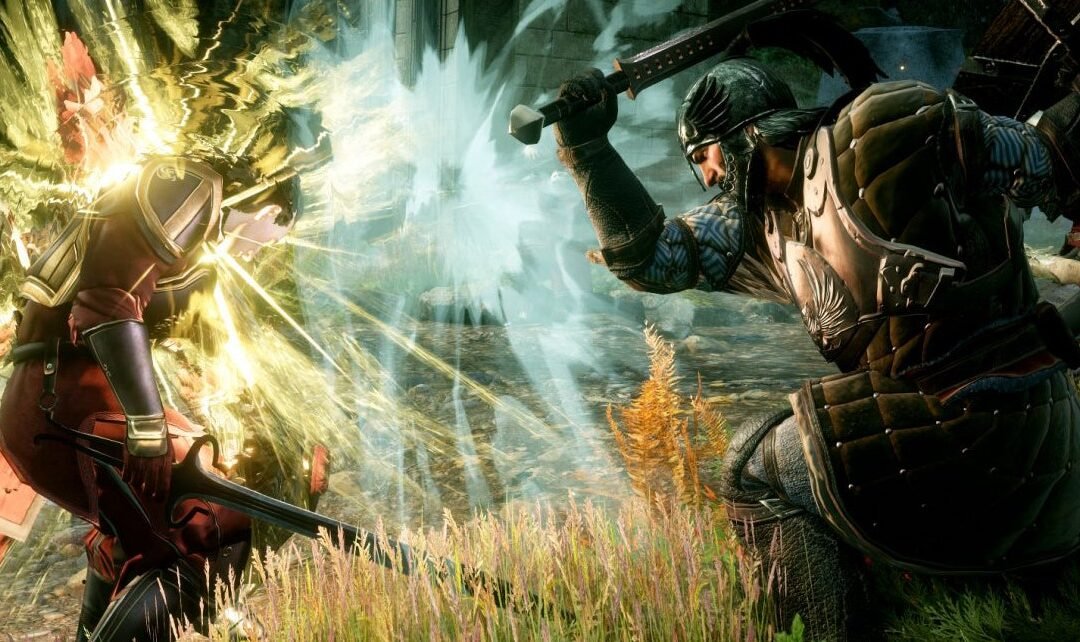 If you’re ever feeling lonely, or like no one reads your tweets (much less responds to them), here’s a suggestion: Ask Twitter if you should play Dragon Age. Soon, you’ll have more friends with opinions than you could ever need or want. Some will swear by Dragon Age: Origins; others will pledge their fealty to Dragon Age: Inquisition. (Dragon Age II seems less well loved, but it still has a solid place in the hearts of many.) People you didn’t even know followed you, or that you’ve never interacted with, will all of a sudden become invested in who you’re romancing. This will solve the problem of your loneliness. But be warned, it will give you a new one: anxiety.

Let me be clear: This is not a bad thing. Not entirely. There are toxic corners of any fandom, but Dragon Age players skew toward the Nice end of the spectrum. It’s just that there are a lot of them, and throwing oneself into the deep end of a well-established fan community is nothing if not intense. Having given up on Origins years ago, I thought Dragon Age was a dungeon of gamer life I’d never enter. Then, recently, I picked up Dragon Age: Inquisition on PlayStation 5 and immediately got nervous—not because of the complexity of the game, but the passion of its fans.

Delving into a well-loved game or series years after its release, when it already has an enthusiastic and devoted fanbase, can be incredibly difficult. People can be casually mean on the internet without intending to, and that happens a lot when you say you don’t like something they do. (As a side note, it’s totally fine to tweet about not liking something, but please never jump into someone else’s tweets about how they love something and disagree. That’s a dick move.) Fans of the franchise take their love of the game very seriously. They’re fervent and devoted, which has its charms, but it can also feel like you’re disappointing them when you decide their thing is not your thing.

That hesitation is part of the reason it’s taken me so long to button-mash my way through this game. The fact that I was starting with the third title in the series, not the first, made it that much more intimidating. (Full disclosure: I had to start with Inquisition; it’s apparently the only one available on PS5.) Without the chance to experience the story from the beginning, would I actually enjoy the game? Or would people yell at me for not loving it as they do? (While some people recommended that I start by reading Wikipedia and the game’s internal codex to catch up on the events of the first two installments, I declined—I’m not doing homework for fun.)

I didn’t tell anyone I was starting Dragon Age: Inquisition. I have all of three friends on the PlayStation Network for exactly this reason (well, also I do not like online gaming, but that’s another story)—none of them will look at or care about what I’m playing. I played for a good five to 10 hours before I even considered tweeting about it. I wanted to be reasonably certain I wouldn’t abandon the game out of disinterest or difficulty (an all too frequent occurrence these days—why is God of War so good but so dang hard?).

At this point, I’m enjoying the game. I don’t think I’ll harbor the love for it that so many people do (though I’d love a remaster and to be able to play through the entire trilogy; come on BioWare!), but I do understand why people are obsessed. Yes, I’ve tweeted about it, and for the most part I’ve avoided the internet’s slings and arrows. But I still get a little nervous sometimes. I’m worried I won’t love it enough for some people, or I may just decide to walk away one day. Like Dragon Age itself, fandom is a journey. One should be allowed to get lost.