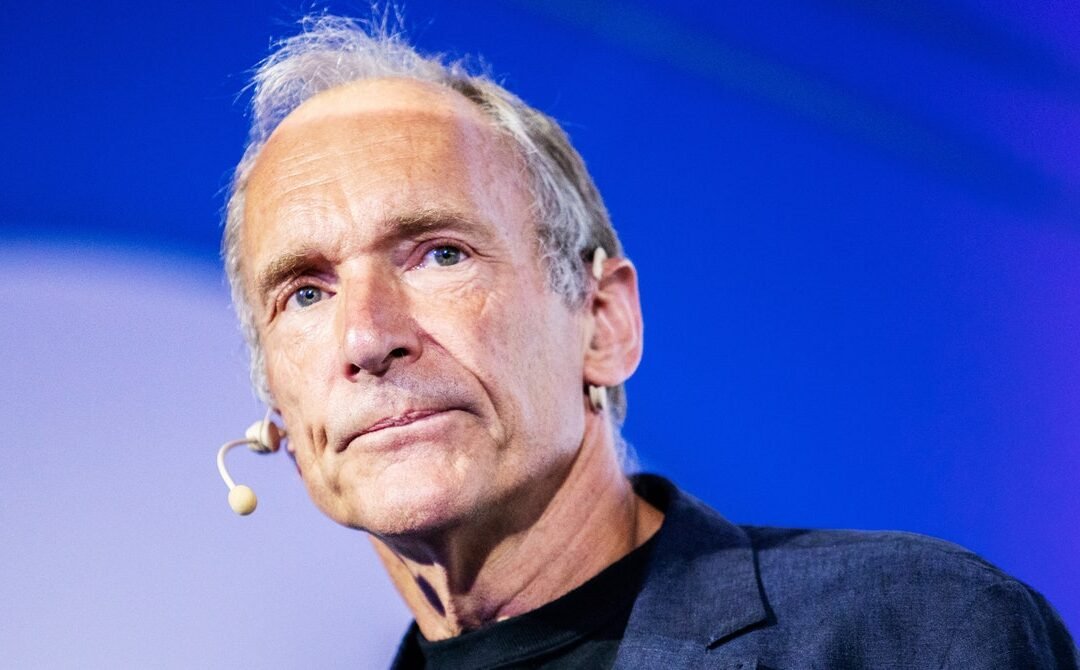 Sir Tim Berners-Lee famously gave the source code to the World Wide Web away for free. But now he has raised over $5.4 million by auctioning off an autographed copy as a non-fungible token, or NFT, in a sale through Sotheby’s.

Berners-Lee’s NFT joins eclectic company, including Jack Dorsey’s first tweet, a New York Times column, a Pringles flavor called “CryptoCrisp,” a lifetime coupon code to an online kratom retailer, a lease for a coliving space in San Francisco’s Mission District, a sexually explicit direct message allegedly from the disgraced actor Armie Hammer, and a 52-minute audio file of farts. But this most recent addition to the endless list of collectible NFTs is an artifact with an air of gravitas, a souvenir from a vaunted internet pioneer. Berners-Lee wrote the code while working at CERN in Switzerland in the early ’90s, creating what he called the “WorldWideWeb” from a NeXT computer. In addition to the copy of the code itself, the auction haul included a 30-minute animation depicting the code being written, a scalable graphics vector representing the full code, and a letter Berners-Lee wrote this year reflecting on what it was like to write the code. (Berners-Lee will donate the proceeds, but has not specified where he plans to direct the funds.)

It’s a peculiar moment for internet history buffs. The sale offers an opportunity to feel ownership over a significant bit of history. But it also mashes up two disparate strains of techno-optimism. The code Berners-Lee wrote has not been copyrighted or otherwise protected by intellectual property law since 1993, just a few years after it was created. “He pushed CERN to release it as fully public domain,” says Marc Weber, the curatorial director at the Computer History Museum. “Some people think that was really critical in making the web succeed.” It was a foundational moment for the free software movement, an example of how innovators could push history forward by choosing collaboration over profit. Now, decades later, this iconically free code is finally getting monetized.

Or, sort of. Berners-Lee isn’t selling the actual code, but the equivalent of an autographed copy. The rise of NFTs gave Berners-Lee an opportunity to fundraise off his legacy without attempting to claw back intellectual property rights, which at this point would have been impossible anyway. Thanks to NFTs, Berners-Lee can keep his code in the public domain and simultaneously entice someone to buy a certificate of ownership. Is this commodification directly opposed to the ethos of the open source movement? Well, yeah. But also: If the code itself is still public domain, does it matter, especially when there’s so much money sloshing around?

Berners-Lee doesn’t think so. He told The Guardian last week that the sale doesn’t change anything about the openness of the web, or the code itself. “I’m not even selling the source code. I’m selling a picture that I made, with a Python program that I wrote myself, of what the source code would look like if it was stuck on the wall and signed by me,” he said.

But the sale has implications beyond the WWW. As archivist Rick Prelinger wrote in a recent column for WIRED, “Nothing could be a greater cultural and ethical shock to archives than NFTs.” Prelinger argues that monetizing historically significant holdings could make important documents less accessible to genealogists and other scholars without deep pockets. Weber shares those concerns, as the Computing History Museum doesn’t have the deep pockets of independent crypto-millionaire collectors; if minting code as an NFT becomes a standard, collecting historically significant copies of code for the museum’s software library could become more difficult. In some NFT sales, the original digital artifact is subsequently removed from the web—for example, when the makers of the popular meme video “Charlie Bit My Finger” sold the clip as an NFT, they subsequently removed the original from YouTube.